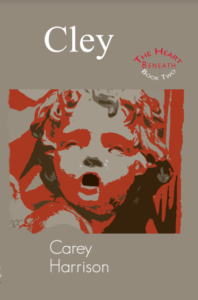 The year is 1968, and Jack Thurgo is about to plunge into marriage. Before he finally commits himself he takes a last holiday on his own, cycling to the Norfolk coast. To a young man alone for the first time in years, life seems full of enjoyable temptations. Then Jack comes across a fatal car crash in a country lane and recognizes a former boarding school mentor, John Bromley, as the comatose survivor. Bromley had been a father figure, replacing the father Jack lost to World War Two, in babyhood. Why is it that the police are insisting that the crash survivor is someone else? Jack becomes obsessed with uncovering the truth.

Today:   “Complex and mysterious… a fascinating tale of a man intent on reviving his past and fathoming out his past”
Times Literary Supplement   “A haunting, remarkable novel, with darkly humorous pairings and sexual conspiracies set against the shifting moods of the English countryside. Taken with Richard’s Feet   it looks like a skilful opening gambit in an intriguing work.” -Jonathan Coe
Time Out UK:   “Harrison is a polished and entertaining writer”
New Woman UK:   “An amusing, weirdly compelling tale… often reminiscent of Jack Kerouac”
London Review of Books:   “Fruity characterizations… Harrison certainly knows how to write dialogue which skims across the page. To judge from the way Richard’s Feet multiplies and expands the themes adumbrated here, it’s more likely Harrison has an abundance of further tricks up his sleeve in readiness for the two succeeding volumes”